Perfect pick of new artists and bands for 2019 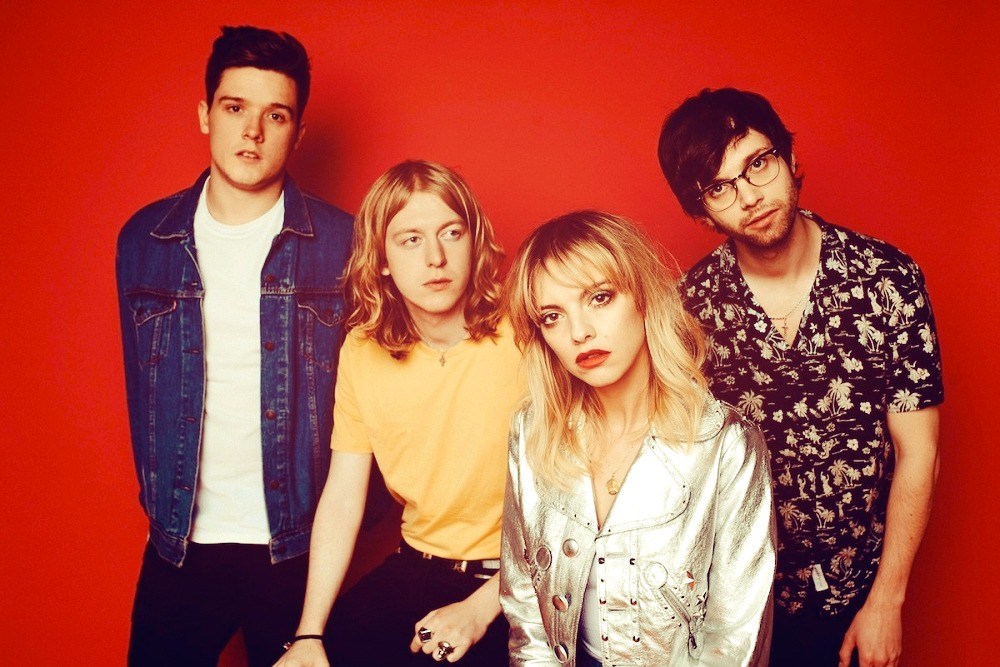 We are back with the 2019 list of top artists, bands, and new music that is going to mesmerize the listeners globally. The list has the choices selection of artists or bands that are streaming live and you can buy tickets for their show according to your top pick. Let us watch out the list from Another Sky, Jade Bird, Cassia to Zuzu and many more.

Anteros is a London-based band comprising of a group of four remarkable singers fronted by Laura Hayden. This band name was based on the “Greek God of Requited Love.” They boast their influential songs from the Brandon Flowers to Blondie while describing their music in the form of disco with a touch of rock music. Their upcoming album is “When We Land.”

The London-based pop quartet band Another Sky lead singer Catrin Vincet has a peculiar and powerful voice that is the striking thing about this band. The band comprises of Max the drummer, Jack the guitarist, and Naomi the Bassist. The best debut numbers released includes Forget Yourself, EP in the month of January 2018.

The 21-year old singer Jade Bird raised in the city of South Wales released her first recorded EP “Something American” in Woodstock City. Jade signed with Glassnote, and her sound has a mix of Indie Pop and Americana. Her mesmerizing debut singles “Love Has All Been Done Before” and “Uh Huh” were airplay on the Radio X. Her next tour is in March 2019 with Hozier.

The duo singers Jules Konieczny and Charlie Brown started their music collaboration as a side-by project. They take immense pleasure in stating the duo pair as a smart creator of alternative pop songs and released their latest single “Backstreet” in December 2018. They will be going for a live tour in the year 2019 consisting of performance at Omeara in London on April 3, 2019. You can see their official Facebook Page.

The Macclesfield Trio artists Cassia music involves Indie Pop with a feel of Foals and Vampire Weekend. They were nominated for the Best Live Act at the AIM Awards before they sell out at the Garage in London and O2 Ritz in Manchester City. The group will be releasing their first album in 2019.

Aine Cahill hails from the County Cavan based in Ireland, and her influencers include Marina, The Diamonds, Classic Jazz, and Lana Del Rey. The release of her EP, “Paper Crown” in 2014 was independent. She signed with Warners and saw playing at “The Neighbourhood Festivals” and “The Great Escape.”

This Leicester band Easy Life has honestly gripping lyrics and casual beats as their specialty. Murray who produces freewheeling vocals fronts it. The band toured heavily last year, and their song “Pockets” has become a great favorite amongst their fans.

The duo Jake Mac and Charlie Woods are into songwriting since they were 14 years. The Manchester-based artists got their influences from “Teenage Fanclub” and “The Beach Boys.” They stated their music as sweet-Americana with a twist of electronic swooning. Their live show at “The Great Escape” is due in 2019.

The Stockport band “Fuzzy Sun” has a tint of Indie pop music. 2019 will witness them perform at Blossom’s Massive Edgeley Park in June and in July they will be playing at Manchester’s Castlefield Bowl with ‘The Wombats’.

The North Shields-born Sam Fender signed with the famous label “Polydor” in the summers of 2018. His debut singles include “Play God” (2017), “Dead Boys” and followed by its EP. He has also won the “BRITs Critics Choice Award” in 2019. He will be playing “Manchester’s Gorilla,” Electric Brixton, and “Neighbourhood Weekender in Warrington.”

Previously known as “Get Inuit” is a Kent-based band who performs “dirty pop.” Their upcoming album will be out on March 8, 2019, namely “Be Content” by the Wichita Records.

The West Lothian band “The Snuts” has created abuzz throughout the year 2018. Their project of Manhattan was issued in September month, and their shows are lined up for Mad Cool Festival and SXSW in 2019.

They established themselves as the purveyors of the catchy Indie Pop with three EPs under their belt. They released their newest single in the September month “All I Want To Hear You Say.” They will be heading for their major tours by February 2019. They have already given enchanting performances at Citadel, Truck, Leeds Festival, and All Points East.

Their EP “Winter Nets” was released in January 2018. Sports Team recent single include “Margate” recorded with the Courtney Barnett. Their live shows are stacked for 2019 involving the one at London’s Electric Ballroom on March 22, 2019.

16. Sophie and the Giants

The unique voice here is of Sophie Scott, and it is a Sheffield-based guitar and pop group. They released their EP namely “Adolescence” in earlier October. Their UK tour is lined up with the first performance in Camden Assembly on March 28, 2019.

The charming guitar-pop trio from Ireland released their latest EP “Given Up.” The band includes Andrew Flood (drummer), Niall Burns (guitarist), and Aoife Power (vocals/bass). Their latest track is “Never Let Go” and they are scheduled to play at Electrowerkz London and Manchester’s Deaf Institute.

The 21-year old Hertford based singer comes from Music family and trained by Hugo White. He independently produced his EP “Lucy”. However, was signed by Warner Bros immediately. He toured with Tom Grennan and Stereophonics in 2018, and his album will be released this April.

The Liverpool-based singer Zuzu is a producer, actor, director, and an illustrator of a comic book. Her guitar-pop based songs include ‘What You Want’, ‘Call Me Her Name One More Time’.

The quartet band creates the dark and distorted beats and is lead by Theresa Jarvis. They toured with “Bring Me the Horizon” and their newest EP “Creature” was produced in November.